The Mighty DC-9
The end of the line. 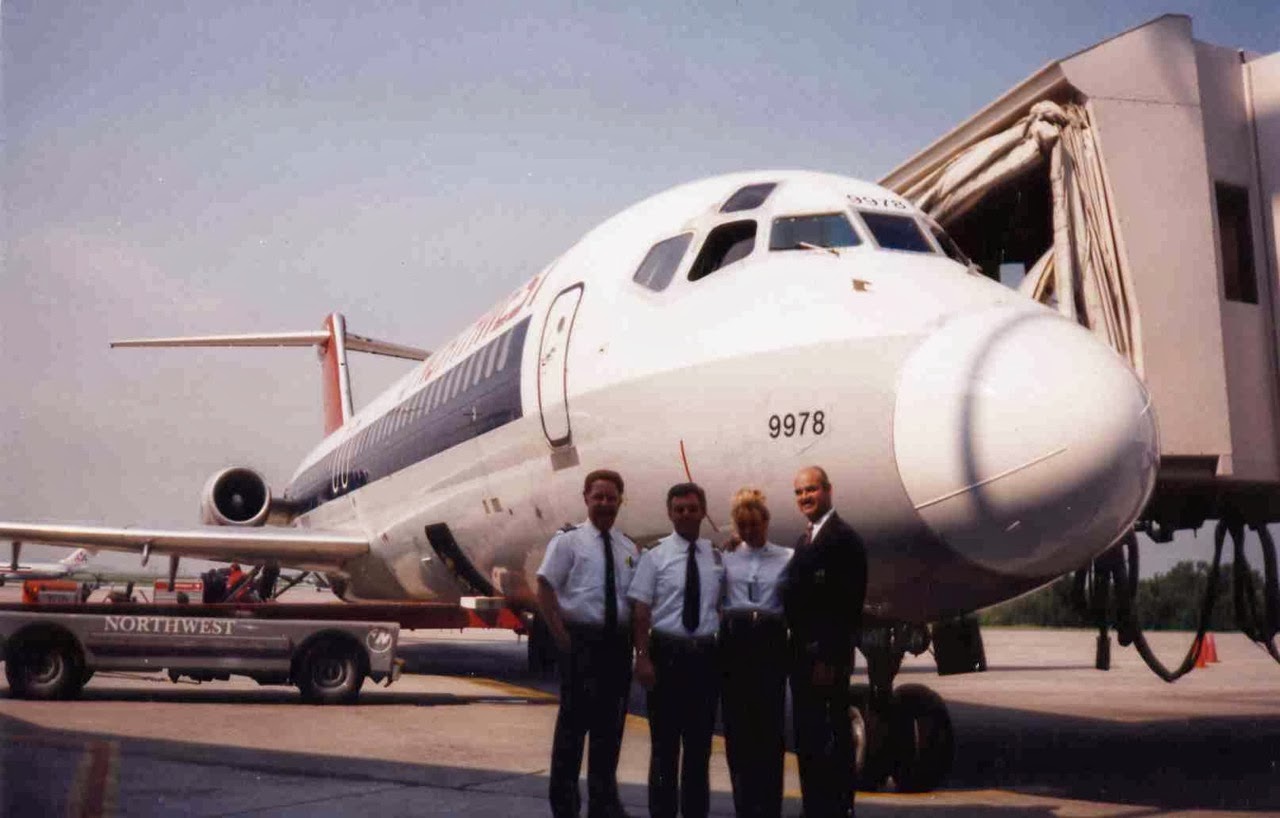 For the past week I've been reading of the impending, last commercial flight of a US Air Carrier owned Douglas DC-9. This will take place on 6 January 2014 as DAL 2014 from MSP to ATL. The accolade most often expressed with this event seems to be "workhorse." For a jet transport that has served continuously since 1965, it is certainly that; but this is a word, a noun reserved for detached,  earthbound reporters or airline accountants with green eyeshades, tethered to a desk, not for airman. Particularly for airman who have experienced thousands of hours in one, slid down slippery runways, skirted towering, magnificent thunderstorms and delivered families home for Christmas. I certainly don't mean to anthropomorphize this airplane, but she's far more than a reliable, old jet aircraft that has outlived its usefulness and burns too much fuel.

For both my father and me, as young men of different eras it was our first jet type rating, our first jet captaincy that would prepare us for bigger and better commands. I'd enjoyed thousands of hours in it as a First Officer before my number surfaced for a captains slot. My new category, "DC-9 Captain" realigned my perspective in ground school, simulator and aircraft training. Yes, we still did aircraft training in those days. I was no longer the back-up or "just" the FO but the man in charge, the go to guy when the chips were down and took this training far more seriously than I had before. 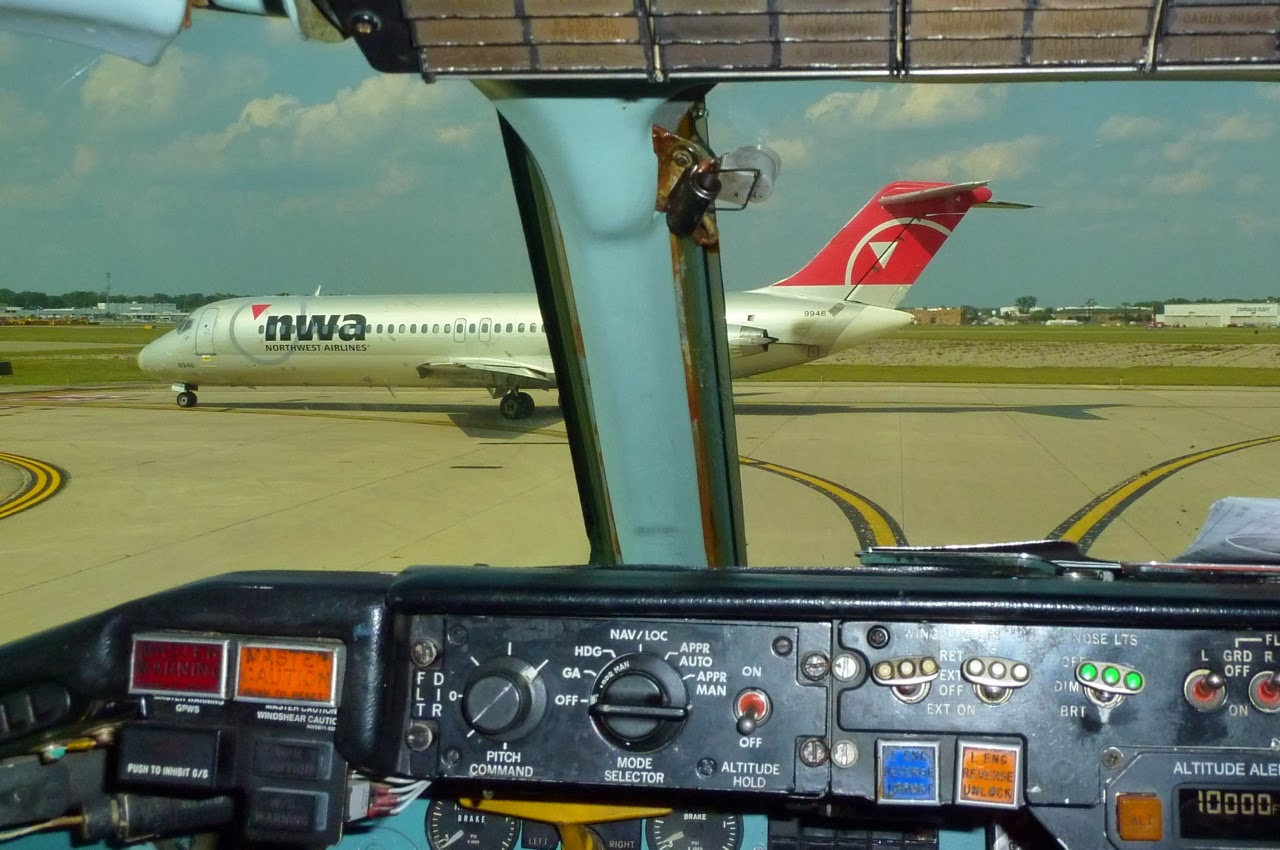 The Nine sported a pair of JT8D's that roared as a jet should, had leading edge as well as trailing edge flaps, had complex, yet reliable systems but no moving maps, no FMS. When a system failed it simply wasn't a matter of pulling up a page and identifying a valve that failed to operate. It required a time consuming investigative process, trial and error, isolating segments and identifying the faulty area by temperature or pressure readouts. 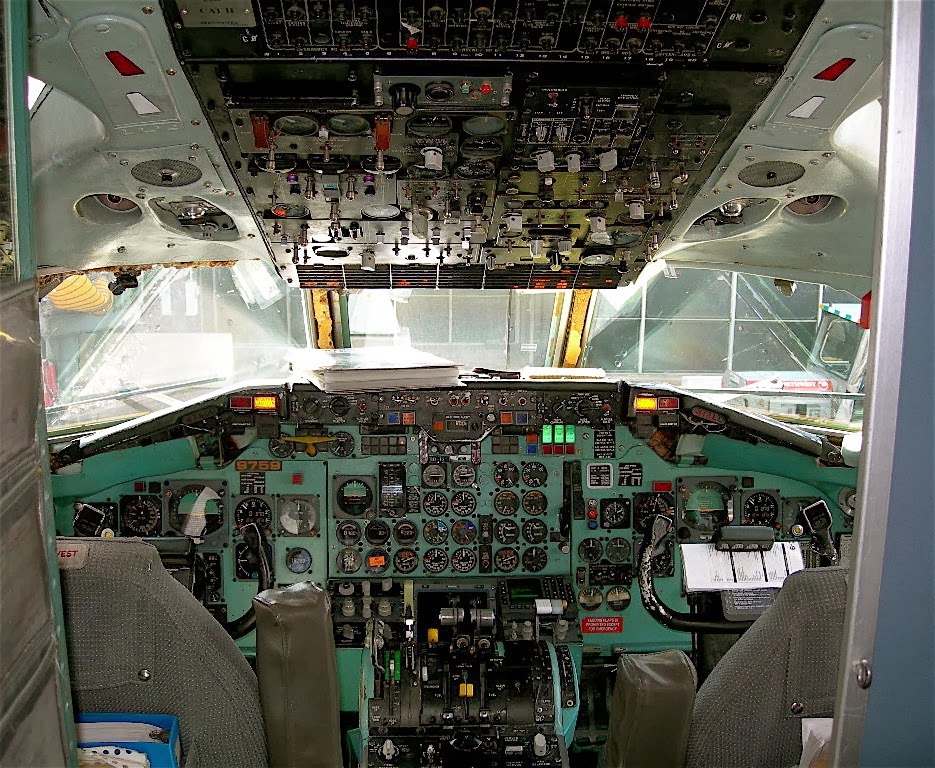 There are no "top of descent" indicators to cue the pilot as to when to descend to cross ten west of Gardiner (Gahdnah, in the vernacular)  at 8,000 and 250 knots. Our present position on that murky night, during an ILS to 4R in BOS was determined by an NDB needle (located outer marker) and DME rather than a picture on a screen. Not to confuse you, there is a picture, but it was in our brain, cultivated by years of experience. My opinion is that the DC-9 created an atmosphere where a pilot is forced to have more than a vague understanding of his/her equipment and maintain his flying skills. To support my argument, I refer to numerous current articles concerning modern "glass" aircraft and the debate over diminishing pilot skills. Make no mistake, I've flown and recognize the importance of glass, but it has its inherent "reliant" side as well. 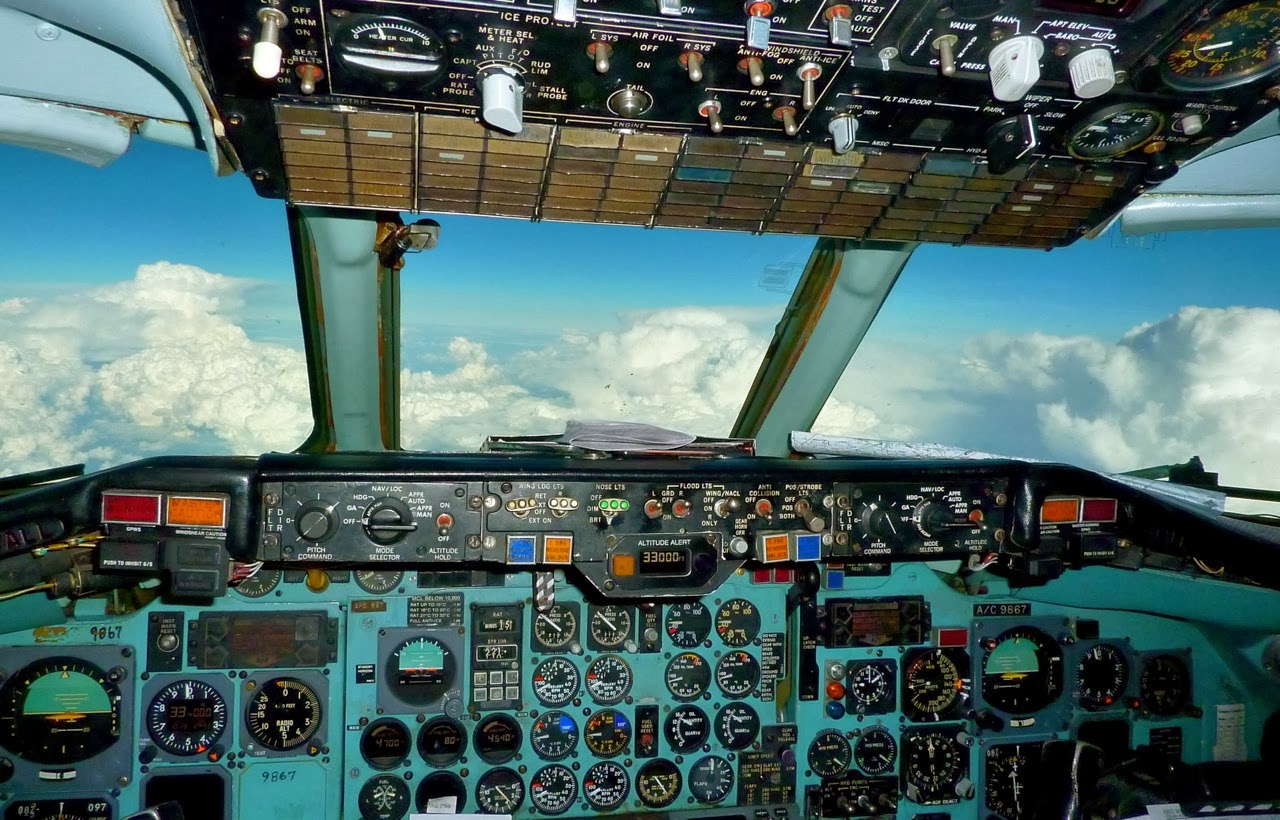 On the other hand, I apologize in advance to current professional airman who disconnect the automation frequently and "hand fly" specifically to maintain not only the hand skills, but the "cognitive" skills as well.

Because this is what the DC-9 and later the B-727 taught us. Not just how to fly, but how to think, think in advance of the jet. But the learning didn't stop there, the lessons would continue to unfold.

As a young DC-9 captain I learned the importance of taking care of my passengers, you know, the people who paid my salary, those who trusted that I was rested, prepared and competent. I learned to put myself in their shoes, to understand their concerns and lend a hand beyond just flying the machine. They after all were someones parents, children, brother or sister, aunt or uncle, a returning veteran lying forever silent in the forward cargo hold, to whom the best of my skills are owed. I'd as well learned the importance of taking care of your crew. I'd learned this lesson best from captains with whom I'd flown who had no concept of this thought. 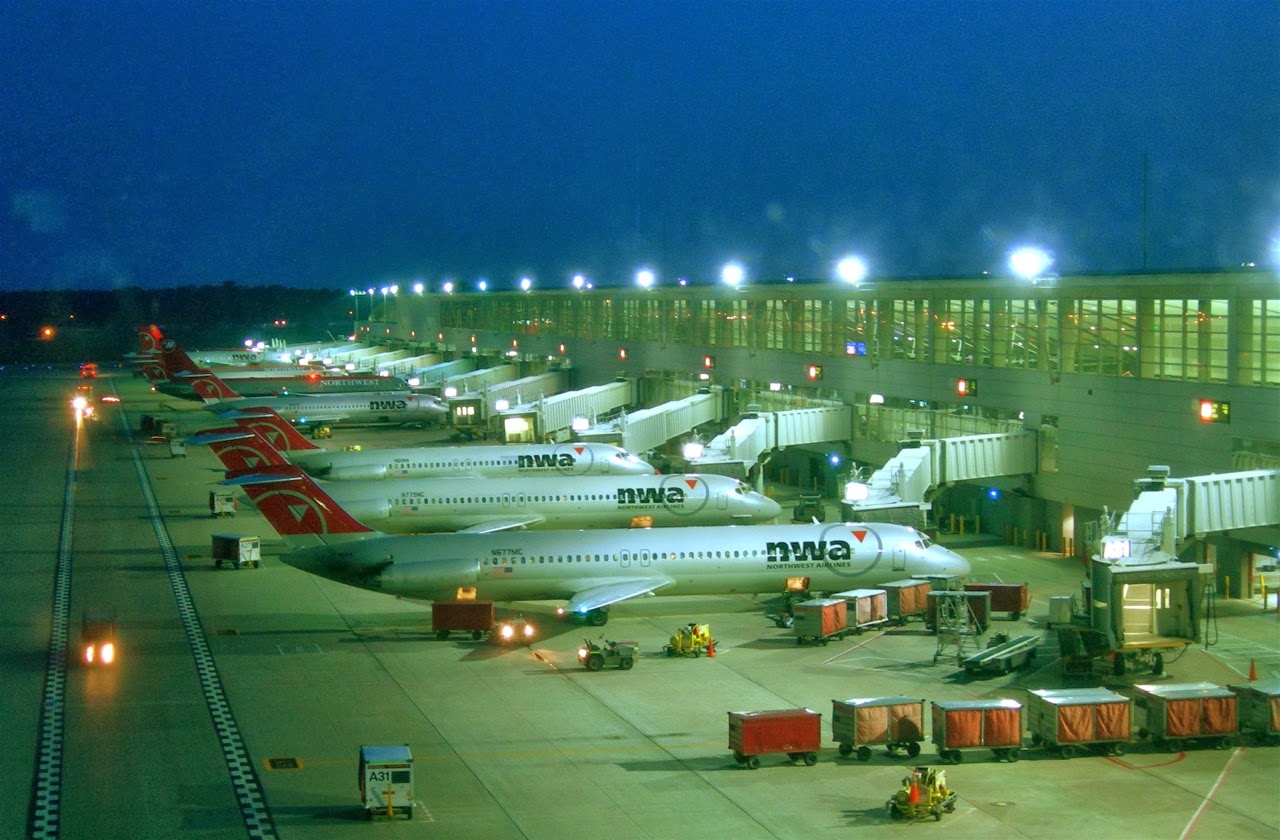 For all of these experiences, I'm forever grateful and indebted to the marvelous old DC-9, as they applied to all other aircraft that followed and to my life for that matter. My familiarity with her aqua colored cockpit, the smoothness of her controls and switches made so by the touch of a thousand hands before mine will never diminish. I can close my eyes and the fragrance of her cockpit remains in my nostrils. It was a love affair of flight, in a marvelous old machine and a young man who loved what he did. 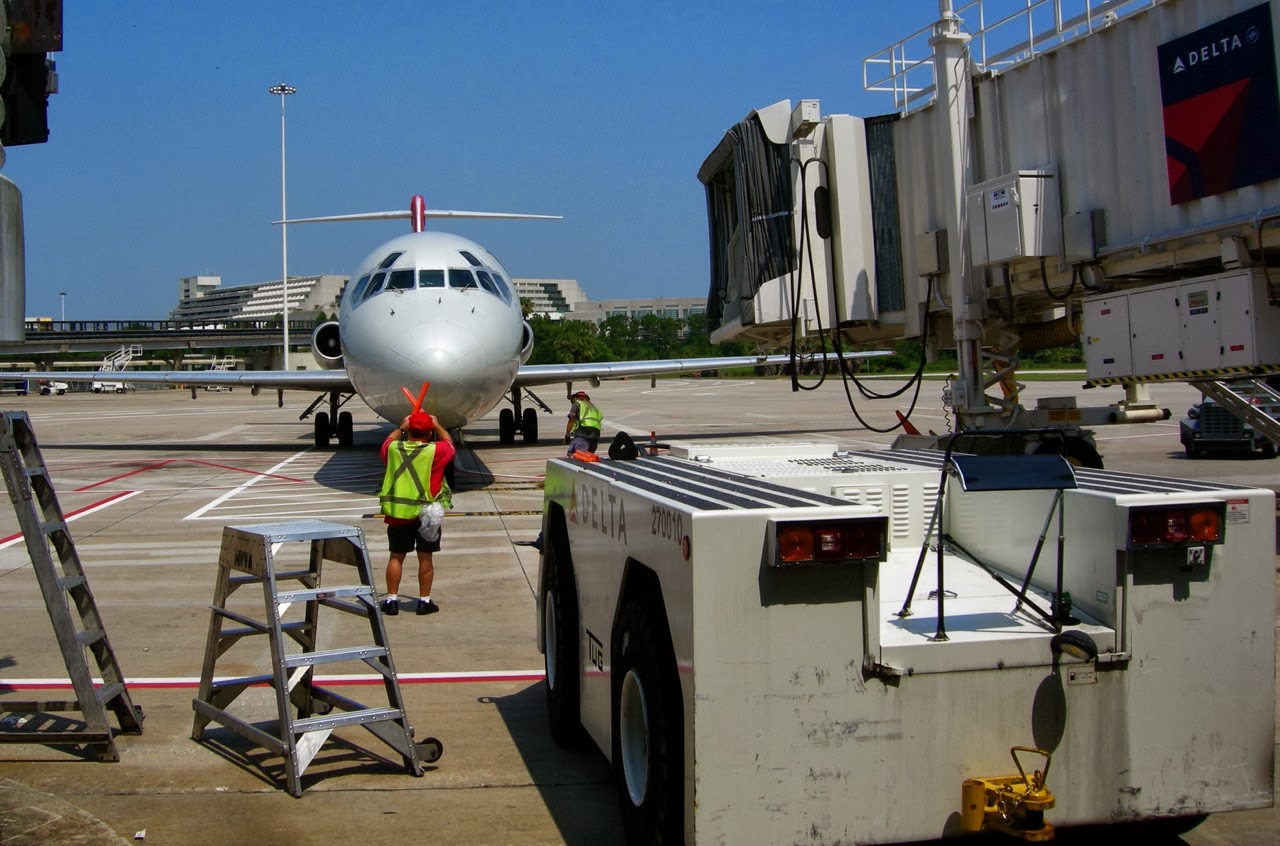