Visitors from the U.K.

I just returned home for a six day trip through Nagoya and Manila, but before I write about it I wanted to post pictures of the Applefords from England. 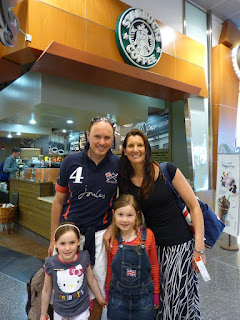 This is Robert and Katy with their daughters Sophia and Claudia. They're from Sevenoaks near London and were on holiday in the US. They'd visited Boston and the Cape and were on their way to New York to span the Atlantic and return home. 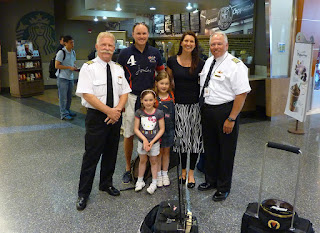 Rand, Robert, Sophia, Claudia, Katy and John
I'd just run into my good friend John Vivenetto as we were commuting to DTW to start trips. John's an A-320 captain and was scheduled to return to BOS for an overnite and I was commuting out for yet another shortcall when we met the Applefords and engaged in conversation. It turns out that this was Sophia's sixth birthday and we were happy that she was able to celebrate it in the US.

I have to apologize here. I promised Robert and Katy that I'd send these photos to Claudia and Sophia, but as luck would have it, my shortcall reserve day turned into a six day trip. My organizational skills are apparently lacking though as I've misplaced their email address. I'd mentioned my blog so can only hope that they see the pictures here. Should you read this though, please leave an email address in the comment section and I'll be more careful this time.
Once again, happy birthday to Sophia, thanks for flying with Delta and journeying to visit us Yanks this summer. 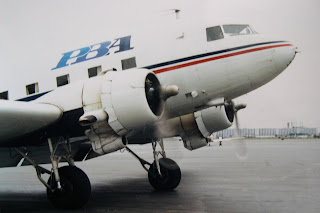 An interesting sidenote: John has an identical twin brother, Tony, who's an NYC 757 captain with us and John's wife Peggy flies for USAirways. Tony and John and I think Peggy too, all flew for PBA. 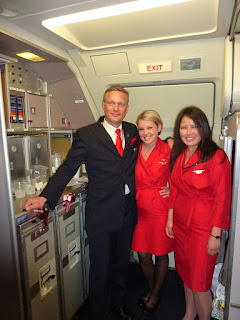 And thanks very much to the Airbus crew who got us to work on time.
Jacob, who is a Navy Corpsman and has just returned to the airline from active duty, Ashley and Sakura... 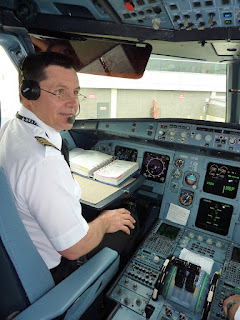 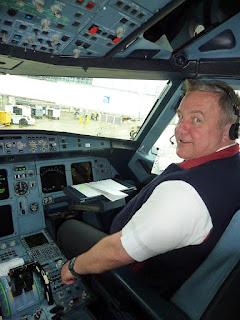 This was the photo and the question was. What bridge is this? 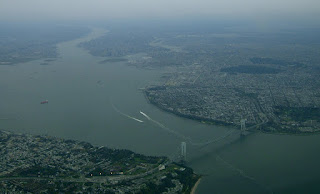 Congratulations to Daniel Sallee from Port Angeles, WA. who correctly identified the bridge as the Verrazano Narrows Bridge in New York Harbor. Completed in 1964, this masterful engineering feat was the worlds longest suspension bridge at the time (4,260') and connects the boroughs of Brooklyn and Staten Island. ("You lookin at me?") 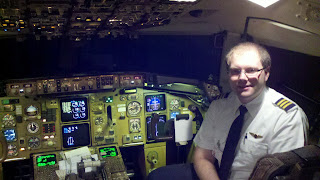 Daniel is a 757/767 First Officer for Omni Air International flying world-wide charters to (as he puts it) "just about everywhere I ever wanted to go and a few places I'd rather not." Daniel's grandfather flew for Braniff Airways and he's continuing his family's tradition of commercial flight. His grandfather, while flying at Braniff knew one of my all time favorite aviation writers; Len Morgan.
After I wrote this, I received two more answers. One was from Tony who correctly answered the question and fellow blogger and aviation photographer Mark Lawrence. Thanks everyone for taking the time to respond. 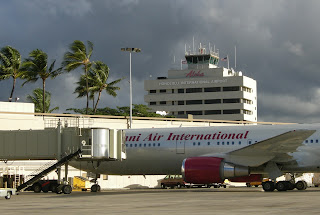 Now, here's where I turn green with envy. Daniel, as well as flying for Omni, flies part time for Kenmore Air in Seattle. He's a seaplane pilot too. I've always wanted to do this.
Posted by Rand Peck at 5:50 PM 5 comments: