Where does the time go?

I'm sorry that so much time has passed since my last posting, but I've just been so darn busy that it's hard to squeeze everything in. I've flown several European trips to London and Paris recently, as well as a couple of Asian excursions with some fantastic crews and garnered some very good photography.
Here are just some of the crews that I've enjoyed. 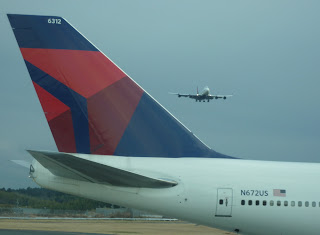 Waiting to depart 34L at Narita for San Francisco. In the forward galley at Narita headed for Saipan. 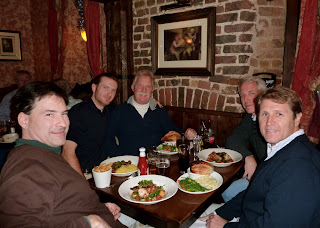 This layover in Kensington, during a London Heathrow trip had additional benefits. See the young fellow to my right? He's my cousin Jan's son who is spending a semester in London. I was a little worried that he might find dinner with four (old) guys a bit boring. I was wrong though as we enjoyed a spirited conversation. 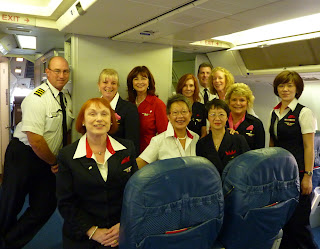 On our way home from Paris. Next stop, Salt Lake City. 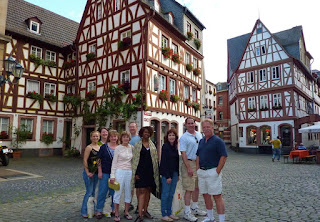 In Frankfurt as we seek after dinner entertainment.
To read a little about my last Asian trip and why I've been so busy, click here.
Thanks for reading and I hope to have more up soon.
Rand
Posted by Rand Peck at 11:55 AM 4 comments: