I can't believe that its been a year!

It's been quite some time now since I've updated my blog, nearly a year to be exact, but thanks to the kindness of the folks at AIRWAYS, they've allowed me to post the article that they published about my retirement flight in their February 2013 issue.

And now for the rest of the story.... 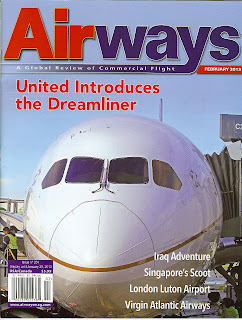 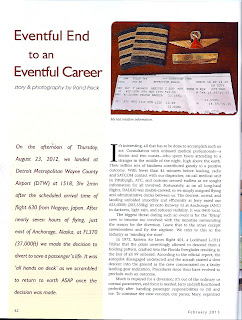 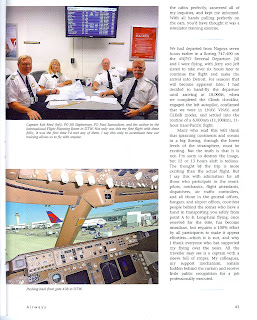 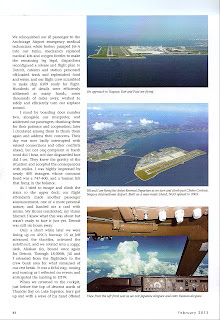 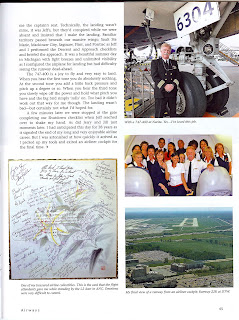 I'm a year into retirement and it's proceeding nicely. Well, more or less. What it comes down to is that I ran at full speed for 38 years and then on 1 October 2012 I came to a dead stop. Not even a cool down period, but that was my choice, I elected to take the early out (18 months) and would do it again. Financially it was a sound decision.

But yes, I miss the airplanes, the people, the layovers and the overall activity that surrounded this wonderful career. Much of it was mundane but the exercising of your brain, contributing to a company and being part of a large organization was rewarding. I continue to follow Delta (among other things) every morning on my internet reading, but it's different now; I have nothing to contribute to it's future success.

However, don't think that I've been sitting home pining away; quite the opposite it's been a very busy time. My daughter Sam and my son-in-law Blair returned to the US from three years in New Zealand and brought Sebastian (our first grandchild) with them. With Blairs new job in the US the necessary accouterments soon followed. After renting a fully furnished apartment in Boston for 9 months and determining their future, they recently purchased a restored, 1800 colonial in "old town" in Marblehead, MA. My pickup has been very busy. They're moments away from Marblehead Harbor and have chosen a wonderful location.

Also, our son Ian, who graduated from BU Law last year earned an LLM at UC Berkeley Law (Boult) just a while ago. The proud parents  flew jetBlue nonstop from BOS to SFO for that event. I would have loved to have saved the money and flown DAL out, but that would have required a stop somewhere (JFK, DTW, MSP) and this would have compromised getting their via our new, "retired" non-rev status.

I've also exercised one of my other passions. Antiques. Early American furniture to be exact, some dating to the mid 18th century or 1750's. We've owned two homes during our marriage, the first dated to 1840 and the present to 1790. We've tried hard to furnish them authentically with the appropriate antiques and with relatively few bills in our way have done a pretty good job. A love of history, architecture and American antiques have helped tremendously to fill the void.

To that end, to help promote business, I've created a new blog and website to market our antique business. I'm sorry, there are few airplane pictures here, but that part of my life is over and I have to move on. But I'll never forget about it!

As usual, thanks very much for taking the time to read my stuff.