I have sad news to report. 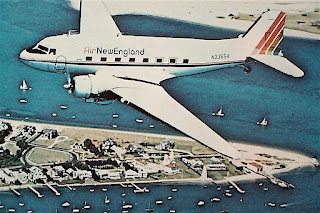 Can't you just hear those magnificent old 1830's just purrrring away as ship 654 turns and heads for Martha's Vineyard? A vast ocean, blue skies with gentle breezes and a windscreen full of white sails on a beautiful summer day in a Douglas racer. I may have retired from a 747 but my heart, forever 25, remains here on the Cape among radial engines and tailwheel airplanes. 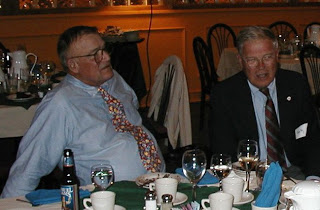 Nelson Lee and Joseph Whitney, aviation pioneers to whom I and many others owe much.


I have very sad news to report to my Air New England friends. On Tuesday 30 October 2012, Mr. Whitney passed away. He'd been battling cancer for some time and although he sounded very strong during our last phone conversation a month or so ago, he's now gone. For those who may not know, we lost Mr. Lee on 6 September 2012 as well.

Together, these fellows both veterans, founded Executive Airlines in 1964 and when forced out by new investors, founded Air New England in 1970 and put Executive out of business. They were entrepreneurial pioneers in the commuter airline industry who surrounded themselves with a dedicated team and gave hundreds of aspiring young pilots (including me) their start in the industry. 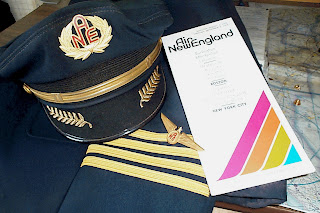 If you are available and plan to attend these services, please contact Christine Hamersley at

or respond below in the response area and I'll pass it along to Chris. 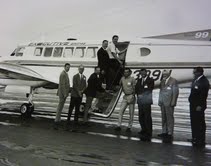 During the early days of Executive Airlines in Florida. Probably around 1965 or so. Mr. Whitney is to the far left and Mr. Lee is to the far right standing by a Beech 99.

Mr. Whitney just a couple of years ago at an Air New England reunion. 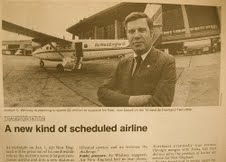 An article in the Logan Airport newspaper about Mr. Whitney and ANE's newly won certification. The photo was taken on a BOS ramp.

We all think our youth will last forever and that we can put off important things until tomorrow. I never really thanked Mr. Lee or Mr. Whitney for giving me my chance in aviation, although from conversations we had, I know that they knew that I thought it. But right now though, that just doesn't seem to be enough.

Hope to see you in Dedham on Saturday. 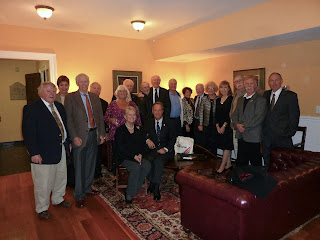 As a postscript, here's the ANE contingent that attended Mr. Whitney's services. I hadn't seen most of these friends in more than 30 years and it was fun to catch up. Who do you recognize?